QUESTION: How is touring with Supertramp once more?

JESSE: The 2010 tour was a blast! I only wish it went on longer. It was over too soon. Past tours with this band have been much longer, as you know. Supertramp tours so rarely, so I really try to live in the moment and enjoy the band, the music, the audiences and the travelling.

QUESTION: Was you dying to play again with your old band mates?

JESSE: Yes, but there were a lot of people in the crew this tour who had been on past tours, so it was great to see them as well. When you tour, you're in each others' back pockets for weeks and months on end, so you get close in a hurry. Many of the crew and band members are outright family to me.

QUESTION: What differences did you emphasize between this tour and the previous ones?

JESSE: I enjoyed the new challenges of my responsibilities in the set and I feel like I grew as a musician more on this tour than on previous tours. I'm thankful for the opportunity and the faith Rick had in me to step into some very big shoes and aid in musical direction.

QUESTION: Gabe Dixon told me that it was you who inviting him to join Supertramp, so I guess you have a great relationship with him… Isn't it?

JESSE: I can't say enough good about Gabe. We actually didn't know each other very well before this tour, but by the end of the European run we became good friends. We're both the same age and we both savour a good beer.

QUESTION: How did you meet Gabe?

JESSE: I met him when I came to Nashville to produce Kenny Loggins. Gabe had been touring with Loggins & Messina. It was Kenny's idea to bring him in and do a couple piano tracks, so that's how we met.

QUESTION: Why did you think of him as the new keyboardist of Supertramp?

JESSE: We bumped into each other a couple times after that first meeting. I heard his album and loved it, so I called him and asked if the tour would be something he'd be interested in or be able to do. He's a tremendous musician and great guy.

QUESTION: In September 2010 Supertramp played four great shows in Coruña, Madrid, Bilbao and Barcelona… What do you remember of those Spanish concerts?

JESSE: Playing in Spain is the best. The audiences are so alive. The cities are incredible… No one ever goes to bed! A big piece of my heart lives in Spain, especially Barcelona. It's just such an incredible city visually. I remember the shows in Spain were great because the band was starting to heat up. It's a great band to begin with, but every touring band finds another gear a few shows into the tour.

QUESTION: Is there any chance to play again in Spain in the near future?

QUESTION: You have just started touring Canada, and then travel to Europe to play in France and Monaco… Do you know why the band won't play in the United States and other European countries?

JESSE: That's not a question for me. I wish I knew the answer. Like I said, I'm honoured to play with these people any chance I get.

QUESTION: A lot of fans in the world have enjoyed the audio recordings from the last tour marketed by Simfy Live, but they would love to have a visual souvenir too… Is there any chance to release a DVD of the new tour?

JESSE: YouTube! (LAUGHS) I started saving Youtube files after I discovered that someone was taking them down, so those are the only visual souvenirs I have.

QUESTION: What can you tell me about the upcoming deluxe edition of "Crime of the century" and the long expected "Paris" DVD from 1979?

JESSE: I'm a fan like you, so I look forward to that stuff too. I don't know a lot about those projects...

QUESTION: When I interviewed you two years ago, you were working on your second solo album after the successful "Undiscovery"… Do you have any news about it? What other projects have you been working on lately?

JESSE: I am working on it now. I've been busy working with other artists and have recently returned to my own music. I have a studio which I run with my two partners, and I produce music there. I've been doing some soundtrack work, producing and playing on albums, composing for TV, a little touring... Happily keeping busy.

QUESTION: On that interview you also said that you would love all the old Supertramp members worked together again, but you talked about the tale "Humpty Dumpty" to express how difficult it could be… What is the problem with Roger Hodgson which prevents him joining the band once more?

JESSE: I will say that I love all these guys and everyone seems to be happy with their careers and lives right now. That's all I could ever wish for my friends.

QUESTION: During the last few years you had played a lot of times with Roger Hodgson, and you even recommended him Bryan Head, his current drummer, so I guess it was hard for you leaving his band to rejoin Supertramp… Isn't it?

JESSE: I loved playing with Roger. I was playing a lot of bass, while Bryan was on drums. Obviously I consider everyone in Supertramp a mentor, so it was a hard decision...

QUESTION: What was the main reason you decided touring with Rick Davies again?

JESSE: I've been in Supertramp since 1997, and I adore and respect Rick and his music so much. They tour very rarely and I hold very dear the opportunity to play music and tour with my father. Deep down, the main reason was that one day I would wish that I would have taken the opportunity to do so when I had the chance.

QUESTION: What main differences do you find between a show with Roger Hodgson and a show with Supertramp?

JESSE: I like to focus on the music they made together and how well they played together. It was very brotherly. But as I've said, both are fantastic separately and happy making a living and playing music the way things are now. Who knows what tomorrow will bring.

QUESTION: Roger Hodgson is complaining about the use of his songs at the Supertramp concerts… What is your point of view about it?

JESSE: I can see both points of view. Having written songs, I know that it's a personal thing. But I sometimes think that at some point, when a song has touched so many people over so many years, it becomes everyone's song. That must be such an honour for a writer to achieve that!

QUESTION: Do you think the audiences want to hear those songs even if Roger is not in the band?

JESSE: I look out and see audiences rocking to all of these songs in the show, and I count everyone involved (the players, the writers, the singers, the crew, the audience) lucky to have that experience. That's my favourite part of being a musician. It's a form of celebration.

QUESTION: Perhaps the thing is many people consider those songs are Supertramp songs, not Roger Hodgson's songs… Isn't it?

JESSE: Supertramp as it existed when those albums were being made was such a team effort. Everyone gave their whole lives for that band, and you can hear it in the music. I've examined their music my whole life and what I've found is that not the sound nor the success can be attributed to any one band member. It was a special mixture of styles and a lot of hard work that was responsible for sold out arenas and album sales.

QUESTION: This month we are celebrating the 10th anniversary of THE LOGICAL WEB… Could you please send a message to all your Spanish, Portuguese and South American fans?

JESSE: Hello everyone, thank you very much for your kindness and support. I can't wait to see you again and play in your magnificent countries! Much love and have a safe 2011. 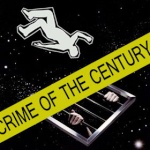 JESSE: YouTube! (LAUGHS) I started saving Youtube files after I discovered that someone was taking them down, so those are the only visual souvenirs I have.