TLW: What is, in your opinion, the secret of “Crime of the century” for sounding so well and current 40 years later?

JOHN: The songs are well crafted, they are sequenced with much thought and the whole sound was helped by our producer/engineer, Ken Scott.

TLW: What special memories do you keep from that era?

JOHN: I have memories of countless long days and nights spent in the studio. Rick and I went to Paddington Station and Leicester Square to record sound effects for "Rudy" with a Nagra tape recorder.

TLW: It seems that the “Crime” deluxe package is having very good sales in Europe… Do you have any figures about it?

JOHN: No, it's too early for sales figures for the "Crime" deluxe.

TLW: The show at the Hammersmith Odeon from 1975 included on “Crime” deluxe had been moving around the fans for many years as an old bootleg, but it’s amazing how great it sounds now… Is it just attributable to the work done by Ken Scott or are there other keys?

JOHN: Ken Scott has done a great job mixing the original Hammersmith Odeon tapes. The bootleg versions of those tapes must have been from a demo or radio mix and were second or third generation, so their quality was poor.

TLW: The only negative issue with this new “Crime” is that it was not released the super-deluxe package including the DVD of Hammersmith…

JOHN: I think that Rick did not want the DVD released. I don't know why!

JOHN: The filming was simpler than "Paris", which was four years later, because we were not quite as sophisticated in 1975. But the playing was raw and exciting.

TLW: Do you think this DVD could be released in the future?

JOHN: Yes, the DVD could be released in the future.

TLW: After the big success of “Breakfast in America” and “Crime of the century” deluxe packages, are there any plans by The Supertramp Partnership to release more deluxe packages for other albums?

JOHN: No, we do not have plans to release any packages for our other albums at this time.

TLW: A few years ago it was said that Universal Music was going to release a complete version of “Paris” containing the six songs that were not included on the original album… Do you have any news about this project?

TLW: In February you was 70 years old… How did you live that special day? Did you organize a special event with family and friends?

JOHN: I went to Rome with my wife, Christine, and several friends for five days of art and food!

TLW: Can you share with the fans any picture from those days?

TLW: Haven’t you thought of recording a commemorative solo CD for this special date in your life?

JOHN: I may do some recording with my jazz group, Crème Anglaise, in June after we do a few local concerts in the north of England.

TLW: What did mean to you the greetings video that your fans set up for your 70th birthday?

JOHN: I was very happy to receive all the birthday greetings from fans in different parts of the world. It was an emotional moment for me!

JOHN: I do not feel 70. I think that music keeps me mentally younger!

TLW: In 1975 and 1986 you became a father being on tour with Supertramp, and in 2002 you became a grandfather just before the show in Barcelona… Will we see you becoming a great-grandfather on stage?

JOHN: My grandson is soon to be a teenager, so maybe in about ten years or so I could become a great-grandfater.

TLW: Do you still see yourself recording and playing live for many years?

JOHN: I could still be “on stage” at age 80, although we may all be in wheel chairs!

TLW: Looking back, what are your best and worst memories from these 70 years of life and 42 years with Supertramp?

JOHN: Best memory: seeing the Count Basie Band in Manchester when I was about 14. It was totally inspiring to see and hear the saxophone section all stand up and play together. Worst memory: falling off my bicycle in California in 1981 and breaking my femur.

TLW: In November and December Supertramp will tour again. You’ll play 26 shows in Europe, being the half of them in France and Germany… Why only two shows in Spain, the third big European market for Supertramp?

JOHN: The tour was developed by our manager, Sue Davies, and I think that the venues chosen were the ones that were available when the tour was booked.

TLW: Is there any chance to play also some shows in Canada, USA or other places later?

JOHN: We do not have any plans yet to do more touring. But I would like to!

TLW: Do you know when and where the tour rehearsals will start?

JOHN: We will rehearse in Paris in late October.

JOHN: I do not know about extra rehearsals... I probably would not be involved with early vocal rehearsals. I will probably just rehearse in Paris.

TLW: Do you expect many new songs in the set-list?

JOHN: We will play one or two very early Supertramp songs as well as the usual ones. Rick is currently developing the show in the USA, where he lives.

TLW: What do you think about the return of Mark Hart on stage?

JOHN: Including Mark will add a lot to our vocal capability and his keyboard and guitar playing will broaden our tonal palate.

TLW: How do you think he’ll share the vocal tasks with Jesse Siebenberg and Gabe Dixon?

JOHN: Mark, Jesse and Gabe will all sing lead sometime.

TLW: Considering that there won’t be a new Supertramp studio album, is it likely that some shows of the tour will be recorded or filmed to release a live CD or DVD?

TLW: Do you know if this time there were some conversations with Roger Hodgson as happened before the previous tour?

JOHN: No, there were no conversations with Roger when this tour was proposed.

TLW: Do you think that it will be the last Supertramp tour ever?

JOHN: Last tour? I do not know, but I hope not!

JOHN: We will play one or two very early Supertramp songs as well as the usual ones.

Thanks for the translated interview! 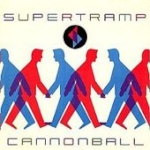