A skilled drummer, Siebenberg displays a great aptitude for the constantly changing patterns and rhythms typical of this genre. Siebenberg's son Jesse has also been in Supertramp since around the time of the release of the live album It Was The Best Of Times (live; 1999) but also appears on some concerts and albums released more recently.
Siebenberg released a solo album in 1984 called Giants in Our Own Room (and credited to "Siebenberg"), where he sings lead on half of the songs and also plays keyboards and drums.

Joining Bob on this record were Scott Gorham of Thin Lizzy (who is also Siebenberg's brother in law), Steve Ferris of Mister Mister, Procol Harum drummer B. J. Wilson, Kerry Hatch of Oingo Boingo, and his former Supertramp bandmate John Helliwell. An old friend, Derek Beauchemin, joined in to co-write and play keyboards.

Prior to joining Supertramp, Siebenberg was a member of pub rock band Bees Make Honey as well as a member of RHS, an improvisational American band featuring Patrick Landreville and Scott Gorham.

Siebenberg was also in a band called "Heads Up" who released the 1989 album The Long Shot. Joining Bob and his writing partner Dennis O'Donnell on this project were Mark Hart, Brad Cole, John Helliwell, Marty Walsh and again, Scott Gorham on guitar.
In 1989, Siebenberg became the first major artist to compose original music for a video game in Sierra On-line's Space Quest III: The Pirates of Pestulon. Space Quest III 's soundtrack has often been noted as one of the best the company ever produced.

HAPPY BIRTHDAY BOB, ans so Many thanks for all what you gave to all of us during this fantastic 70-10 Tour!!
Many hughs from France 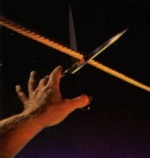